National Association of Home Builders
The Credential
FONT SIZE: A A A
An In-Depth Look
Disaster  and Recovery: Moving Forward After the Baltimore Riots
by Oke Johnson and Bob Landis

Most of the country watched in horror as the recent riots occurred in Baltimore with its attendant property damage and all the questions that were raised about law enforcement. Those of us who work in the housing industry — and particularly the affordable housing industry — are  interested in how a developer/manager who is active in Baltimore dealt with the event and its aftermath. In particular, we wanted to know if there are any lessons learned that would be of benefit to others in our industry who operate affordable assets. We spoke recently with David Cooper, one of the owners of a project that was destroyed in the Baltimore  neighborhood in where the riots took place. Here are his comments about the tragedy.

Q: You lost an affordable housing project during the riots. Would you describe the project?
A: The Mary Harvin Center is a 61-unit affordable senior housing project. The property received an allocation of LIHTC in 2013. 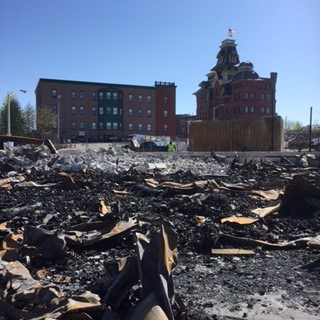 Q: How was the building lost?  And was it a complete loss?
A: The building was set on fire during the Baltimore riots on Monday, April 27. The property had been 45% complete and was about to be put under roof at the time of the fire. It was expected the property would be placed in service next November. All that remained was the concrete slab and the elevator shaft.  Both had to be removed due to the immense heat of the fire. All told, the project lost five months of construction.

Q: Was the construction team on-site when the fire started?  Were they able to help mitigate any of the damage?
A: The fire occurred in the evening. No workers were on the site, and the building was a complete loss.

Q: Can you talk about how your organization interacted with the police and other officials involved with addressing the incident?
A: That evening, many of the stakeholders were already in Baltimore for a regular meeting about the project. As a result, they were able to begin the very next day securing the site, cleaning up debris and meeting with different city officials. By Thursday it was full steam ahead.

Q: When was the original allocation date (used to determine construction deadlines)?
A: The property received an allocation of tax credits in 2013.

Q: Is there going to be any issue meeting the statutory deadlines for placing the building in service?  If so what have you been able to do to resolve that issue?
A: After the fire, it would not have been possible to place the building into service by the 12/31/2015 deadline (based on the original Allocation of LIHTC).  The State Allocating Agency — the Maryland Department of Housing and Community Development — worked with the owner to find a quick solution. The owner was able to turn in the 2013 allocation of credits and receive a 2015 allocation.

Q: How far along was leasing?
A: Leasing had not yet begun since the project was still approximately six months out from delivery.

Q: Did you find that your insurance coverage was in jeopardy due to any exclusion related to the incident?
A: The contractor’s insurance company really stepped up and committed funding very quickly to make everyone comfortable that the project would be able to move forward. 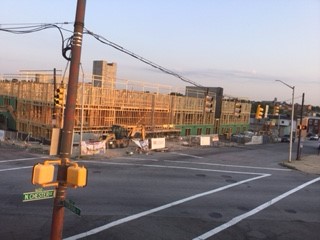 Q:  Was there any involvement of the state housing agency in restoring the building?  How did they help with the process?
A: The State Housing Agency was helpful in finding a path to protecting the tax credits for the project.  Without their help and commitment the project would not have been able to deliver any tax credits.

Q: Were there other funding sources and programs involved in the project that were affected?  (These could be investors, other affordable housing programs, for example.)
A: the company’s press release acknowledged them this way:

The project is made possible by low income housing tax credits from the Maryland Department of Housing and Community Development; funding from the City of Baltimore and its Department of Housing; and loans and equity investment from Capital One Bank and Hudson Housing Capital. Within hours of the fire, these financial partners all expressed their firm resolve to complete the project immediately. Harkins Builders, Inc. and Marks, Thomas Architects are the general contractor and architect for the project.

Q: What challenges did you face as a result of having more than one program at the property?
A: This was an opportunity for all of the various stake holders to demonstrate their commitment to the community and the project.  If the property had been placed into service with residents, the challenges would have been much greater.

Q: What about City of Baltimore officials?
A: The City of Baltimore worked with the owner during and after the crisis. Even the Mayor was present at the news conference confirming the reconstruction of the building.

Q: As a result of the incident, were there things that happened that your management team had not thought would be a factor?
A: Since the fire the owner has held weekly "Recovery Calls" with all of the various partners in the project.  At times this included as many as 20 people. By talking every Thursday, the owner was able to keep everyone on the same page, even as they had to undergo new underwriting with the lender and the investor.

Q: Are there still lingering effects of the incident in the neighborhood and in the city?
A: The neighborhood was and is transitional.  But there is a lot of community support, and various community associations have stepped up, including the Church that is partnering on this project.

Q: What were the key lessons learned that we should share with other Tax Credit developers?
A: Relationships are important. Our strong relationships with the City of Baltimore, Maryland DCA, Capital One Bank, Hudson Housing Capital, Harkins (our contractor), and Marks Thomas (our architect), allowed us to resume construction quickly. But we also learned that it is our project, and that unless we consistently pushed and prodded all interested parties, we would not make progress at the rate that we wanted to. 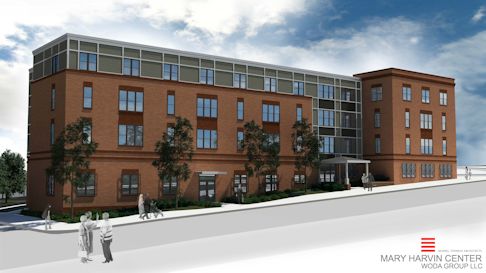 We were also fortunate that Harkins carried excellent builder’s risk insurance (and we learned that we will pay far more attention to the details of builder’s risk policies in the future). Harkins’ builder’s risk carrier (ACE) could not have acted more quickly or professionally. Internally, we assigned Zeb Culver, who has excellent project management skills, to oversee the recovery process. His attention to details was critical to the getting things back on track. Finally, Efrem Levy, our attorney, at Reno and Cavanaugh, did an outstanding job of pushing, prodding, coaxing, leading, and organizing — and we would not be where we are on the project without his leadership in the process.