Manny Gonzalez has been designing apartments for clients building for Gen Y for the past few years, but most of his current work is designing apartments for the mature market — either age-qualified communities (those that meet the conditions of the exemptions to the Fair Housing Act) and apartments and condos that are available to anyone, but have features that appeal to older people. Here’s what he told a crowd at the Multifamily Central during NAHB's 2015 International Builders' Show in Las Vegas.

According to Mollie Carmichael, at John Burns Real Estate Consulting, a survey of 55+ home buyers shows that almost half stay in their homes — but 64% of respondents who plan to move look outside their current area. When you consider that about 10,000 people in the U.S. turn 65 every day, even half of that 64% is a lot of people.

People are looking for a different place to live, and design matters. Remember — 900 to 1800 sq.ft. is the average size home that boomers grew up in, so they’re not so much looking for something big, as for something that works with their lifestyle. They have more pets than children, so you have to take care of the pets. They want a different layout, new features, and a new location that works for them, so that’s why I think why apartments will be important to this market.

We can’t predict the future, but we can invent it. We understand universal design (UD). The most important aspect of UD is that you don’t know it’s there until you actually use it. One example is Kohler’s grab bar that doubles as a wall shelf for soap or shampoo. The grab bar is the top rail of the shelf, and the front of the shelf is tiled to match the shower walls.

Another example: In my home, we have a light switch with outlets in the hall, at switch height. We use that to plug in the vacuum so we don’t have to bend down. We put a night light in the other outlet. Your plans should avoid steps on the approach to the home. If you absolutely have to use steps, don’t use just one — it’s a trip hazard. And three is too many. Use two.

Consider spatial relationships. Most homes take you from the garage through the laundry room to the rest of the house. When we design homes for older people, all the laundry is theirs, so we put the laundry room near the master suite with a chute or doggie door positioned so that you just push the dirty laundry through and it’s in the right place — you don’t have to carry it to the other side of the house. That means we have room to have the door from the garage open onto a drop zone in a pantry or a kitchen, so you don’t have to take the heavy bags to the other side of the house.

I also thought about the basic shotgun plan for a one-bedroom unit in an apartment community for older people. Typically you enter and the kitchen and bathroom are near the hallway, and the living room and bedroom are on the window wall. When I walked around one such community, I saw curtains closed in every single unit — no one wanted people looking into their bedrooms. What if you moved the bedroom and bathroom to the hall side, and the kitchen, living and dining areas near the windows? The living and the entertainment goes on in the kitchen.

Older residents like to entertain — often five or six times a month, with four to six guests. Think about how big a kitchen is in a normal apartment, then add about 20% to 30% more than you might otherwise have done. I also like to curve the countertop on the kitchen island/breakfast bar. It’s a lot easier to carry on a conversation if you don’t have to turn halfway around to see the other people at the counter. And upper cabinets are never a good idea for the older market.

For this market, bathtubs are trending down. Walk-in showers — with no lip or dam to keep water inside — are trending up. My new favorite drain is a wall drain. By just sloping the floor slightly away from the entry and toward the back wall, all the water moves from the shower floor to a drain in the wall at the lower edge of the floor. A piece of the wall is removable to access the drain for cleaning. Taking the dam away from the shower door makes the whole bathroom feel bigger.

We recently designed Skylar, a community in La Playa, California that was aimed at replacing the three-story townhouse, since stairs will keep older buyers from considering such a townhouse. The three-unit building takes up the same space as three townhouses, but the three flats — which are large — are stacked. Parking is at ground level, leading to an elevator lobby that serves all three units. The space on the ground floor that isn’t parking or elevator lobby is a small suite that connects through both stairs and elevator, with the lower unit — which is actually at the second level. You get light on all four sides of the home, and it feels like a penthouse.

That design is doing so well that the developers are building more in the same community. And a similar design for another developers using six stacked units won prizes in the Nationals design competition.

Henry Ford once said, “If I’d asked people what they wanted, they would have said ‘faster horses.’” Instead of relying on feedback from potential residents as to what they might want, we have to give them what we know they will want.

I like the example of the Long Beach Senior Arts Colony, an active-adult tax-credit community. It’s all about art: they paint, play music, form bands, have performers come in. They have a community that’s based on a certain type of lifestyle.

I was talking to a client about what people leave behind when they more from a house to an apartment. He mentioned the back porch — so he adds a back porch. When you lose the patio and garden, you put in raised garden beds. But what I’d miss most is the garage — it’s where I hang out on Saturday mornings. So we put a garage in this apartment community. It’s the most popular room for the community’s guys. And people remember it — they want to go back for a second visit to the place with the garage. Home Depot and Lowe's has people come around and give demonstrations of projects that work with apartments and outdoors. It’s a man cave.

Health and wellness are important, and nutrition is part of that. A demonstration kitchen is a great amenity, so people can learn how to make healthier food and eat better. Also, pets are really important.

In one of the communities I designed, we have the "Laundro-Mutt" dog-washing room. It saves the drains in your bathrooms, where people would otherwise wash their dogs, and the community has a groomer come in once every week or two to handle those chores for owners who want that service. And the commercial drains can handle the dog hair.

So…are these prospective renters and buyers old? Three quarters of boomers say they plan to keep an active lifestyle and stay healthy. And about the same number — 74% — say that at 70, they won’t describe themselves as old. That number will go up as people age. Two-fifths say they’re healthier than they were when they were in their 20s. Health and fitness are very important. Wii fitness was the hot new thing a few years ago…but now if you have that in your community, you’re confirming that you’re old. Water aerobics is big now — pools with a large area of 4’ depth to accommodate classes.

For market-rate apartments for older people now, the average age of move-in is 71. The range can be from 55 to near 80. Fitness on demand is a great new amenity. You don’t need an instructor or a huge room — just a wall and a projection TV. People choose the activity and the level they want, and work through the lesson themselves or with friends.

Bocce ball is a huge draw. It’s not expensive to put in bocce courts, but residents form leagues — they like the competition.

43% of people want to live 15-30 minutes from the city core — just close enough to go downtown and go home afterwards. Most older adults do want a childless community, but near enough to their children and grandchildren that they can see each other regularly. Renting can be a plus, because if the kids move away and you’re renting you just pack up and move to where they are.

In L.A., we have the largest affordable age-restricted affordable rental community in the country. Five towers with 11,000 small one-bedroom units, and a vacancy rate of only eight units a month. There’s a huge need for such age-qualified rentals in areas where residents can walk to everything. The last person on that 2400-person waiting list will not get in for 24 years.

Even in an urban environment, it’s important to be able to get to activities and amenities.

A softer contemporary style is what many boomers are looking for — not too traditional, not too edgy or modern.

For age-qualified housing, parking under a carport is perfectly acceptable — and often preferable to dark garages that are hard to get in and out of.

Don’t forget the mail room. For many communities, it was the most important place in the community. Now, though, it can also be the Pinterest room. Get your residents to tell you what they want to be doing. Maybe they want a room with wine lockers or bocce courts. Also, if you don’t have good phone and Internet service, boomers won’t move in.

What about storage? Revisiting one 20-year-old community revealed that 80% of balconies had a weatherproof storage shed on the balcony. That was a strong message about insufficient storage.

You want to be tech savvy, not dated. Don’t put iPod docking stations into your communities — Apple will change it. Don’t lock yourself into technology that won’t be useful in the future. Charging stations are important and will become more important.

The biggest thing that will change the lives of older people is the driverless car. Now, if your car is taken away, your entire life changes. A driverless car would allow residents to stay in their home or apartment  longer. 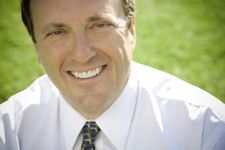